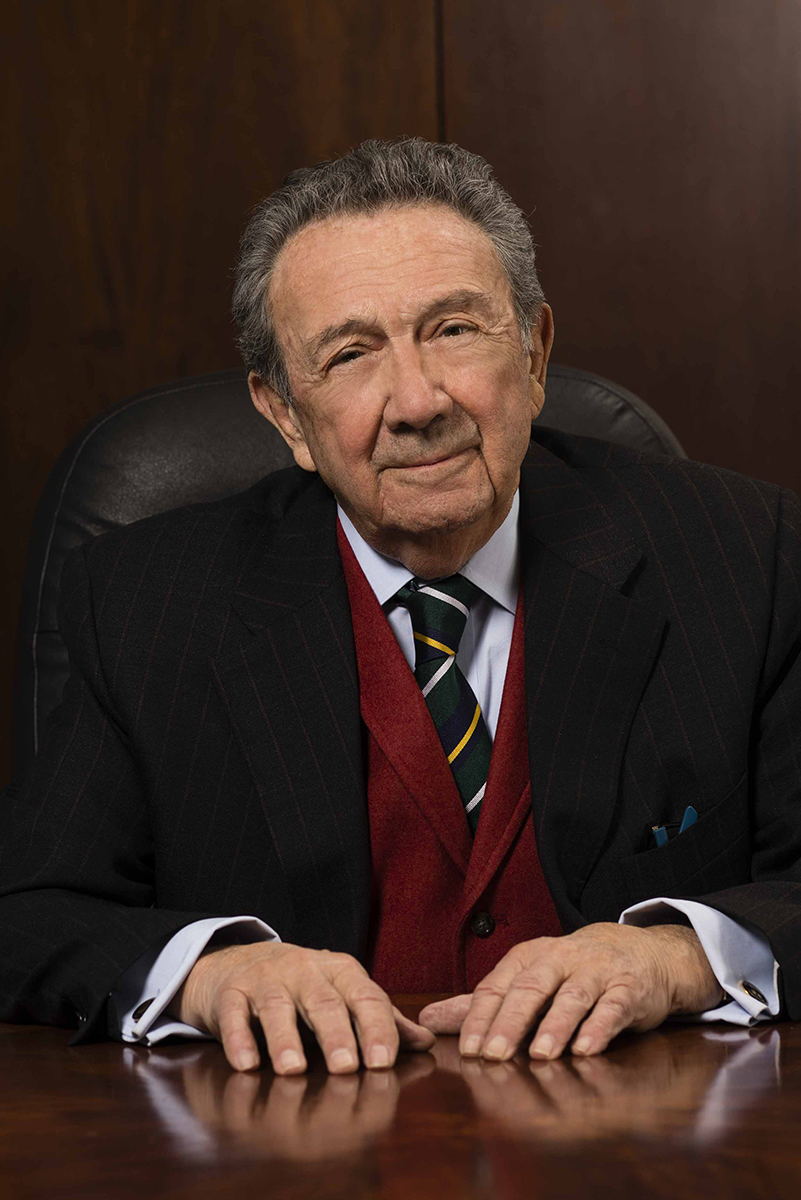 Peter F. Vaira, one of our country’s preeminent white collar criminal defense lawyers serves as Special Counsel to Weir Greenblatt Pierce LLP. During Mr. Vaira’s over 50 years of practice he has handled the most complex criminal and civil matters in state and federal court, having earned him a well-known reputation as one of the most respected attorneys in the region. Mr. Vaira is also a widely sought after arbitrator, mediator, special master, and independent hearing officer with numerous years of experience in the field of alternative dispute resolution. Mr. Vaira directs WGP’s alternative dispute resolution practice.

Mr. Vaira is a member of the Pennsylvania, Illinois, and District of Columbia Bars and he is a certified national and international arbitrator who serves as a Special Master in the Philadelphia Court of Common Pleas Commerce Court program and who previously acted as the Independent Hearing Officer for the Laborers’ International Union of North America. As Special Master, Mr. Vaira has the experience to solve problems in complex civil litigation in state and federal courts. Mr. Vaira assists the court and parties when normal statutory procedures cannot adequately serve the court or the parties in a timely manner. Mr. Vaira, in his role as Special Master, arbitrates and mediates commercial litigation disputes, oversees court authorized settlements, arbitrates litigation discovery disputes, litigation ethical conduct complaints, and labor union trusteeships, mediates ongoing construction disputes, acts as union election officer, acts as receiver pendente lite or receiver in liquidation, and oversees investigations of gas wellsite accidents. Throughout his career Mr. Vaira has also handled every kind of white collar criminal defense matter imaginable as well as antitrust cases, internal and parallel investigations, corporate crisis management matters, and complex civil litigation cases. Mr. Vaira was appointed by former Philadelphia Mayor Michael Nutter to serve as the Executive Director of a Commission formed to investigate the Department of Licenses and Inspections subsequent to a tragic building collapse in Center City Philadelphia.

A graduate of Duquesne University and the Duquesne University School of Law, Mr. Vaira served in the United States Navy from 1963 to 1968 in the Judge Advocate General Corps. Mr. Vaira is also a fifteen year veteran of the United States Department of Justice where he served as the Attorney in Charge of the Philadelphia and Chicago Organized Crime Strike Forces. In 1978, the President of the United States appointed Mr. Vaira to serve as the United States Attorney for the Eastern District of Pennsylvania where he acted as the chief federal law enforcement official for five years. Upon leaving the Justice Department, Mr. Vaira was later appointed as the Executive Director of the President’s Commission on Organized Crime. After entering into private practice, Mr. Vaira worked in various prominent law firms in both Chicago and Philadelphia.

Mr. Vaira is a Fellow of the prestigious American College of Trial Lawyers, the American Law Institute, and the Chartered Institute of Arbitrators. Mr. Vaira is a frequent lecturer on a variety of legal topics both nationally and internationally, while he also serves on the editorial boards of The Legal Intelligencer. Mr. Vaira is the author of Eastern District of Pennsylvania Federal Practice Rules Annotated from Lexis Publishing and Corporate Responses to Federal Grand Jury Investigations published by Lexis.