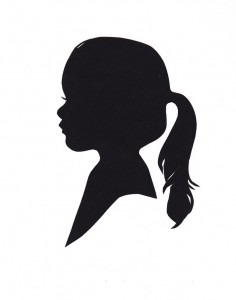 Emily, a 1st grade student in a Pennsylvania school district, was identified in 2008 as a student with a disability needing special education.   Dissatisfied with the school’s plan to address Emily’s needs, her parents enrolled her in The Benchmark School, a private school with a program to address her needs, particularly in reading.

Emily’s parents then hired Alan Yatvin to represent them. Yatvin filed an administrative complaint with the Pennsylvania Office of Dispute Resolution, requesting reimbursement for Emily’s tuition, along with transportation to Benchmark.  Following a three day hearing, the Pennsylvania Special Education Hearing Officer ruled on April 21, 2009, that the school district had failed to offer Emily an appropriate educational program, and ordered the school district to pay Emily’s tuition and provide her transportation.

The school district sought review of this decision and on February 14, 2011, the United States District Court Judge overruled the hearing officer and found in favor of the school district and against Emily’s parents on all claims and counterclaims.  Yatvin then filed an appeal to the United States Court of Appeals for the Third Circuit, which covers Pennsylvania, New Jersey, Delaware and the U.S. Virgin Islands.

In March of 2012, Yatvin also asked the school district to repay her parents for Emily’s tuition and transportation during the course of the litigation in federal court, including appeal.  This request was based on the “stay-put” requirements of the Individuals with Disability Education Act (IDEA), the law under which the case was proceeding.  The issue was of no small importance to Emily’s family.  Her father is a police detective and her mother is a special education teacher.  Even with some tuition breaks they were getting from Benchmark, this private school tuition was a real burden on the family.  Not to mention having to transport Emily to and from school, even as the school district ran a bus to Benchmark that Emily was not allowed to board.

Stay-put (also called pendent placement) is a part of the law that insures special needs students will continue to receive an education, without cost to their parents, during the pendency of legal proceedings challenging their educational program.  Specifically, Congress has decided that a child with a disability should remain in whatever educational program they were in at the time the dispute with the school arose, whether within the school district, a charter school or in a private school.

In this situation, Emily’s stay-put placement was set out in her Individualized Education Program (IEP) in the school district.  Since parents unilaterally chose to enroll her in a private school for the 2008-2009 school year, the cost of that school was their responsibility.

However, because of the decision of the District Court Judge overruling the hearing officer, and for other procedural reasons, the school district claimed it did not have to pay for Emily’s stay-put placement at Benchmark.  Yatvin asked the federal judge to force the school district to pay the back tuition from April 2009, through the end of the appeal.

On June 12, 2012, the United States Court of Appeals affirmed the original order of the District Court in favor of the school district, reversing the hearing officer decision.

This wasn’t the end, though.  The request that the school district to be required to fund Emily’s education at Benchmark during the stay-put period continued.  In August 2012 the District Court ruled in favor of parents and ordered the school district to pay the costs of Emily’s enrollment at Benchmark and her transportation for the entire stay-put period (from the April 2009 Hearing Officer decision through the June 2012 end of the appeal).

Yatvin then decided to collaborate with Supreme Court specialist Brian Wolfman, who at the time was a visiting professor at Georgetown University Law Center’s Institute for Public Representation.  Yatvin worked with Wolfman and several of his students to file a brief in opposition on August 27, 2014.

The school district filed its reply brief two weeks later and the case was conferenced by the Supreme Court at the beginning of October.  On October 6, 2014, the Supreme Court invited the Solicitor General to file a brief expressing the views of the United States.

In November, Yatvin traveled to Washington, D.C., to meet with Wolfman and two of his students from Stanford Law School Supreme Court Litigation Clinic, where Wolfman was now a visiting professor.  The team discussed the case and strategy for several hours, before heading to the Justice Department.  There they met with the Solicitor General’s (SG) staff, as well as representatives from the Civil Rights Division and the Department of Education.  These attorneys had already met with the school district’s legal team, so this was our opportunity to answer questions and focus on some of the issues in the case.  Then it was time to wait to see how the United States would come down.

On April 10, 2015, the Brief amicus curiae of the United States was filed.  The government supported parents in all respects.  The school district filed its supplemental brief in response to the government, and the case was listed for conference on May 14, 2015.

On Monday, May 18, 2015, the Supreme Court issued an order denying the petition for a writ of certiorari.  This means that the appeal is over and the Third Circuit Court of Appeals’ decision in favor of parents stands.

As important as the decision is to Emily and her family, the case is also meaningful to special education students caught in a dispute over their educational program.  There is no dispute that a special education student’s stay-put placement continued through to at least a decision by a federal district court.  However, The school district’s argument against continuing the stay-put obligation to fund Emily’s enrollment at Benchmark was that having obtained a ruling in its favor in the district court that the program it proposed was proper, it should not have to continue to pay for a different program in a private school.

Though facially appealing, this argument ignores the goal of the law, and the federal regulations implementing the law, to insure that children with special needs have as much consistency and continuity in their education as possible.  As Yatvin argued, what happens if on appeal the district court’s decision in favor of a school district is reversed?  Under the formulation proposed by the school district, a child with special needs will have been kept out of the alternate program the appellate court ultimately decided was appropriate, usually more than a year, and sometimes more than two years, and instead forced into a school district program that might ultimately be found to be inappropriate.  All while the child is getting older and his/her ability to benefit from the appropriate program grows less.

In addressing this question of who should shoulder the burden of a special needs child’s education during appeal, the Third Circuit Court of Appeals explained:

We are not insensitive to the financial burden our decision will impose on school districts, … or the seeming incongruity of the ultimately prevailing party having to pay for a now-rejected placement. Despite two judicial determinations that Ridley did not deny E.R. a FAPE [free and appropriate public education], the school district will be assessed the cost of her private school education for a substantial period of time.[] It is impossible, however, to protect a child’s educational status quo without sometimes taxing school districts for private education costs that ultimately will be deemed unnecessary by a court. We see this not as “an absurd result”,… but as an unavoidable consequence of the balance Congress struck to ensure stability for a vulnerable group of children.

This ruling removes the uncertainty that was faced by many special needs students – not just those like Emily placed in private schools by their parents, but also the more typical situation of children challenging their school’s efforts to reduce or eliminate programs and special education services they had been receiving in their regular public school and in charter schools.

The denial of certiorari by the Supreme Court assures this continuity for children in the Third and Ninth Circuits.  Without reading too much into the denial of certiorari, in light of the issues raised in the briefing, the decision to let the Third Circuit’s ruling stand may provide support for those arguing in other court’s across the country that stay-put continues on appeal.

Alan is pleased to have played a role in bringing clarity to this important area of special education law.